What’s the one thing that a woman can’t do today? Science, Business, Management, Sports, Media & Entertainment, Politics, Economists, Engineer, Digital Marketing, Architect, Fashion and even a Housekeeper, there is no single area that has remained untouched by a woman.

However, the thing which becomes more fascinating is when a woman can manage her personal life, professional life, physical fitness, kids and all of this while looking like a Diva nonetheless. Yes, Diva is no longer used only for the women who are famous but also for the women who are capable in keeping the right balance in the stressing routine while managing to not show any of it on her face. How does a woman do that all?

Half Of The Issue Disappears When She Says, “I CAN DO IT”

To answer how a woman is able to be a fashionista, homemaker, mother and a professional at the same time, it’s important to point out a really effective mantra. Yes, repeat after this, I CAN DO IT. Even psychologists believe that more than half of the issues arise due to lack of confidence.

It is not a hidden fact anymore that women have been looked down upon as they weren’t considered able enough to handle their personal and professional lives together. But the modern day women are proving it wrong. This becomes possible when one decides that they can do something without letting anyone else convince them otherwise.

What Does Fear Stand For?

A woman can be a daughter, sister, wife, moher and a housewife at the same time then why can’t she be a homemaker, wife, and mother along with being a career oriented woman? If we see closely there is not much difference. There’s no doubt that it can become overwhelming and tiresome at times but once the willpower is strong, anything can happen.

You must be thinking that no matter how hard we try, we are restricted by the time, isn’t it? Why, of course everyone has 24 hours a day only. But women who have made histories didn’t come with the blessing of additional hours as well. So, what stops a confident woman with calibre to achieve far greater success? It is THE FAMILY SUPPORT.

A lot of women drop the idea of living their dreams because of the emotional attachment to their families. Many families consider that the family and kids get neglected when women are aware of their dreams and passions. Therefore, either it needs a rebellious nature or family support in order to achieve the title of superwoman along with their self determination.

A lot of times it is said that there’s a woman behind every successful man and so, it would be wrong to neglect the support of a man behind the woman at times. Here, it is not being said that men and women are not capable of becoming successful on their own. However, the focus is upon how things become easier when there is a strong support system.

It is seen that in relationships where workload and responsibilities of being parents are shared equally between couples, the chances of seeing a superwoman and for that matter, even a superman get increased.

These are the few reasons behind how a woman is able to play different roles and manage the work-life balance efficiently. Yes, there could be times when one might want to quit or unwantedly neglect their duties but that is a sign of being human and having the same time as others. Being a superwoman doesn’t provide extraordinary advantages, it just shows that with the right mindset and support a woman can manage her life as effectively as she would like. 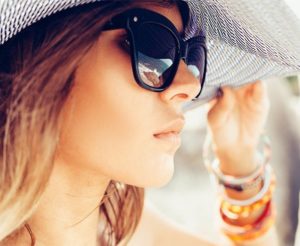